Ronald E. Blaylock is founder and managing partner of Gennx360 Capital Partners, a private equity firm founded in 2006 focused on investing in industrial and business services companies in the U.S. middle market. Blaylock has served as a director of Pfizer since 2017. Prior to launching Gennx360 Capital Partners, he founded and managed Blaylock & Company, an investment banking firm. Blaylock also held senior management positions at UBS, PaineWebber Group and Citicorp.

He now serves as a director of CarMax Inc. and W.R. Berkley Inc., an insurance holding company. Blaylock is a member of the board of trustees of Carnegie Hall and of the board of overseers of New York University Stern School of Business. 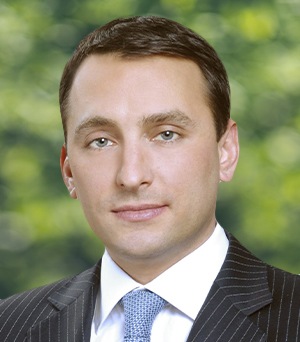 Cameron Breitner is a director of Topco and managing partner with CVC Capital Partners, where he heads CVC’s San Francisco office and oversees CVC’s private equity activities on the West Coast. Prior to joining CVC in 2007, Breitner was a managing partner at Centre Partners. Earlier he worked in mergers and acquisitions at Bowles Hollowell Conner & Co. Beverly F. Chase is senior counsel at Davis Polk & Wardwell LLP, where she advises businesses, boards of directors and individuals on executive compensation and governance matters and advises individual clients on personal trust, estate and charitable planning matters. She joined Davis Polk in 1976 and became a partner in 1985. Prior to joining Davis Polk, she clerked for the Honorable Kevin Thomas Duffy, U.S. District Court, Southern District of New York, from 1974 to 1976. Chase is a member of the American Bar Association and the New York State Bar Association, where she has served on the executive committee of Tax Section and, from 1990 to 1991, as co-chair of the Committee on Estates and Trusts of the Tax Section. She is a member of the New York City Bar Association, where she was a member of the Committee on Trusts, Estates and Surrogate’s Courts from 1987 to 1990 and from 1999 to 2001. 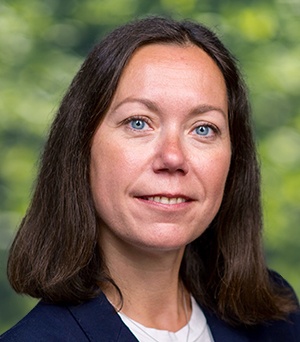 Costa served in a number of executive positions with Hermes of Paris Inc. in New York City, including chief financial officer and chief operating officer from December 2005 to May 2011. She began her career in public accounting and consulting at KPMG LLP and Arthur Andersen LLP. Ryan Cotton serves on Topco’s board of directors and is managing director of Bain Capital Private Equity LP. He also serves on the boards of publicly traded Canada Goose Holdings Inc. and The Michaels Companies Inc. and on the boards of these private companies or their affiliates: Blue Nile, Maesa, Varsity Brands, Virgin Australia and Virgin Voyages. Cotton is a director on the board of City Year New York and a board trustee of St. Mark’s School of Texas.

He previously served on the board of directors for these companies or their affiliates: The Apple Leisure Group, The International Market Centers, Daymon Worldwide, TOMS Shoes and Sundial Brands. Advantage Solutions CEO Tanya Domier joined Advantage in 1990, quickly rising through the company’s ranks, holding a variety of executive-level positions in sales, marketing and operations. She has served on the company’s board of directors since 2006.

In 2000, Domier led the formation of Advantage’s award-winning marketing division, Advantage Marketing Partners. As president and chief operating officer, a position Domier held from 2010 until assuming her CEO role in January 2013, she developed a new strategic plan for the company with a focus on five pillars: People, Culture, Creating Raving Fans of Clients and Customers, Operational Efficiency and Growth. This strategy fosters a performance-driven culture that emphasizes the importance of proactively adding value and delivering results for each of Advantage’s clients and customers. Her efforts led to the transformation of Advantage from a sales and marketing company to a leader in outsourced business services and solutions.

In addition to her duties as Advantage CEO and board director, Domier is a member of the board of directors of Nordstrom Inc., Yum! Brands Inc. and Enactus, an international nonprofit organization promoting entrepreneurship for college students. Timothy J. Flynn is a director of Topco and a partner with Leonard Green & Partners L.P. Prior to joining LGP in 2003, he was a director in the investment banking department of Credit Suisse First Boston, which he joined following CSFB’s acquisition of Donaldson, Lufkin & Jenrette, where he had been since 1996.

Flynn serves on the boards of the following companies or their affiliates: OMNIA, Pye-Barker, The Container Store, The Wrench Group, Veritext Legal Solutions and Insight Global. He has served on the boards of CCC Information Services, United States Infrastructure Corp. and Tank Holdings Corp., among others. Flynn is the chair of The Container Store’s culture and compensation committee. 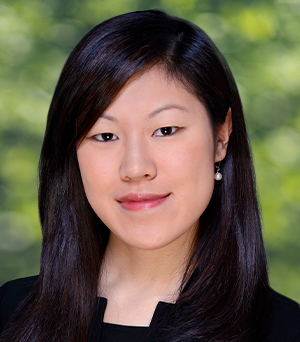 Tiffany Han is a director of Topco and a director at CVC Capital Partners. She is actively involved with CVC Funds’ investments in Petco, PDC Brands and Bruin Sports through the investments of funds advised by CVC.

Han previously worked at UBS Investment Bank in the mergers and acquisition group. Elizabeth Munoz brings more than 25 years of experience in retailing, designing, merchandising and manufacturing consumer fashion brands. Munoz has been chief executive officer of Torrid since August 2018. From January 2018 to August 2018, she served as president of Torrid. She was senior vice president of product for Torrid from May 2016 to January 2018. From July 2010 to May of 2016, Munoz served as senior vice president of product for Hot Topic, the former parent company of Torrid, driving a vertical transformation while building product development infrastructures for Torrid and Hot Topic. In May 2016, the companies split and Munoz focused solely on Torrid.

Earlier in her career, she served in a number of executive positions over 13 years with Lucky Brand, including president from 2008 to 2010. Brian K. Ratzan has been a partner of Centerview Capital Consumer since April 2014. He has more than 20 years of private equity investing experience. Prior to joining Centerview Capital Consumer, Ratzan was partner and head of U.S. private equity at Pamplona Capital Management. He previously served as managing director and head of consumer at Vestar Capital Partners. Earlier in his career, Ratzan worked at 21 International Holdings, a private investment firm, and in the Investment Banking Group at Donaldson, Lufkin and Jenrette.

Ratzan serves as a director on the board of The Simply Good Foods Company. He previously served on the boards of Del Monte Foods, The Sun Products Corporation (formerly known as Huish Detergents Inc.) and Birds Eye Foods Inc. Jonathan D. Sokoloff is a director of Topco and managing partner with Leonard Green & Partners L.P. Before joining LGP in 1990, he was a managing director in corporate finance at Drexel Burnham Lambert. Sokoloff serves on the boards of the publicly traded companies Shake Shack and The Container Store Group and on the boards of the following private companies or their affiliates: Jetro Cash & Carry, JOANN Stores and Union Square Hospitality Group LLC. He previously served on the board of Whole Foods Market, among many other companies.

Sokoloff is a trustee of Williams College and the Los Angeles County Museum of Art. He is also a board member of the Melanoma Research Alliance. 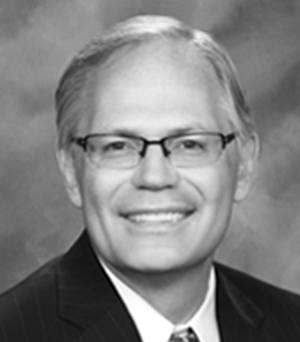 David J. West is an established leader in the consumer industry, with nearly 30 years of experience leading a range of companies and well-known brands. West became a partner of Centerview Capital Consumer in May 2016. Prior to joining Centerview Capital Consumer, he served as chief executive officer and president of Big Heart Pet Brands (formerly known as Del Monte Foods) from 2011 to 2015. When Big Heart Pet Brands was sold to The J. M. Smucker Company in March 2015, West became president, Big Heart Pet Food and Snacks until 2016.

Prior to joining Del Monte Foods, West served as chief executive officer, president and a director of Hershey from 2007 to 2011, after holding a number of leadership positions at the company, including chief operating officer, chief financial officer and chief customer officer. Prior to joining Hershey in 2001, he spent 14 years with the Nabisco Biscuit and Snacks group, where he held a range of senior leadership positions prior to the acquisition of Nabisco Holdings Corp. by The Philip Morris Companies in 2000. At Nabisco, West worked closely with Jim Kilts during Kilts’ tenure as chief executive officer.